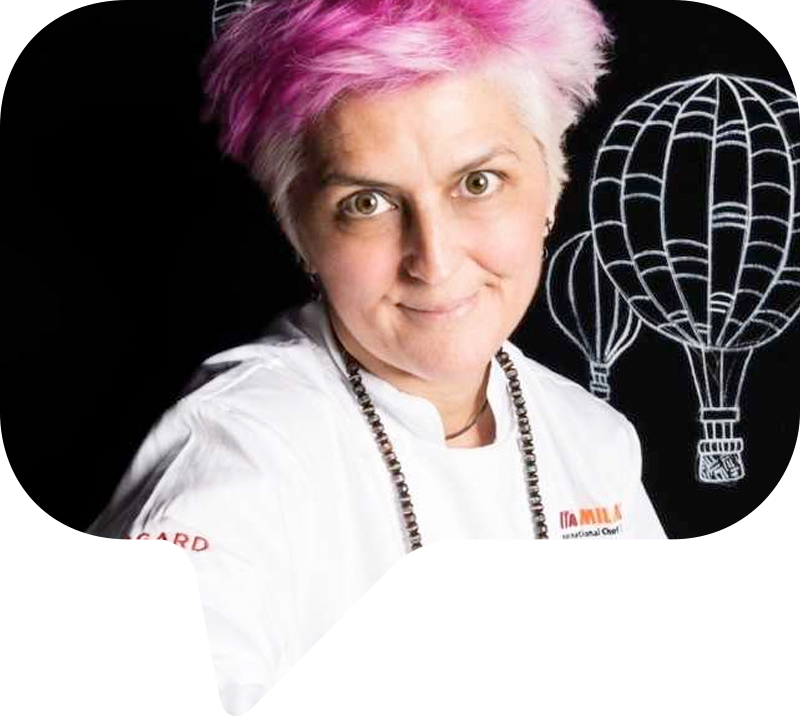 Cristina Bowerman is an Italian-born Italian-American chef, who holds a Michelin star at Glass Hostaria in Rome. She originally studied foreign languages and law and worked as a graphic designer. However, she trained at Le Cordon Bleu and began working as a chef when she returned to Italy.

The “history” of the Chef and that one of the restaurant Glass became a case study at Bocconi University in the 2010 program.

In October 2018, Cristina receives the “Best Female Italian Chef in Europe 2018” Award, sponsored by Luxury Food&Lifestyle Worldwide. Within the same month, she is awarded by FoodCommunity the prizes as “Female Chef of the Year” and “Development and Culture of Made in Italy – Italian Association of Ambassadors of Taste”.

”I think that introducing the topic of food and technology in a Forum can be of great value. The food technology topics can space from ethical matters (meat-non meat) to efficient production and more, without ever forgetting the need to defeat the paradox of nutrition as an unfortunate expression of modern society but also as an ethical commitment.”